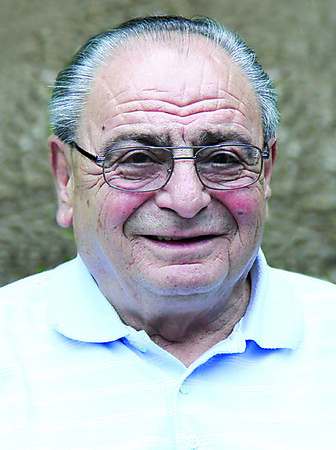 On Feb. 11, 2021, Robert J. “Bobby” Aldieri of Southington passed away peacefully after a brief illness. Bobby was born on April 3, 1936 in Bristol, son of Charlie & Antionette Aldieri. He served in the United States Army from 1955-1957; and was a proud member of the Southington Fire Department, where he served for over 32 years before retiring in 2000 as Captain/Fire Marshall. Bobby was a member of the French Club in Bristol and a member of the Southington Sons of Italy, where he served as President for several years. He was also a parishioner of St. Thomas Church in Southington, and a life member of the Roman Catholic Societies. Bobby was predeceased by his wife of 49 years, Marie (Carbone) and infant son Robert; and brothers Chuck and Mickey. He is survived by his son Dale (Sandy) and daughter Lisa (John) Thomas, as well as his loving grandchildren, Jenifer, Jonathan, Marissa and Kevin, many nieces, nephews and-in-laws; a truly large and loving family, and many good friends and neighbors.

Services will be private. In lieu of flowers, please consider making a donation to The Wounded Warrior Project via www.supportwoundedwarriorproject.org . Share a memory and sign Bobby’s guest book online at www.iovanne.com . The Iovanne Funeral Home, Inc. is in care of his arrangements.