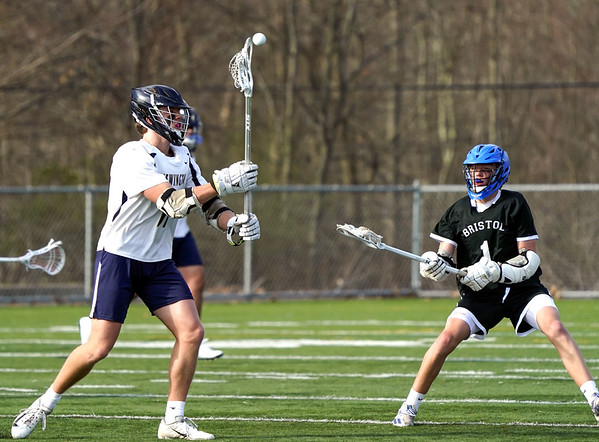 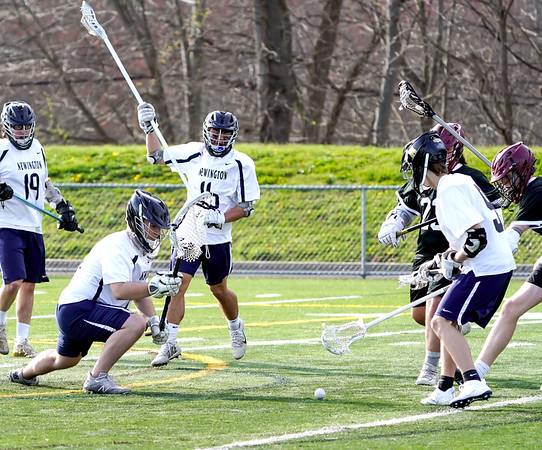 The Newington boys lacrosse team got a starring performance from Paddy Brown in a 9-4 victory over Bristol co-op Thursday evening at Clem Lemire.

Brown scored four of Newington’s five goals in the first period, with Aidan Bengston adding the other, for an early 5-0 lead over Bristol.

Bristol didn’t let the early deficit get it down, however, scoring 32 seconds into the second frame with a quick goal by Chris Sirois, followed a minute later with a goal by Dylan Bouchard. The match got closer when Bristol attackman James Nedorostek netted a goal, closing the gap to 5-3.

Brown stifled the co-op comeback by scoring his fifth goal at 4:44 of the third period, returning the Nor'Easters to a three-goal cushion. Bristol fought back to notch its fourth and final goal, netted by Cole Sciascia, but junior phenomenon Brown quickly answered with his sixth and seventh goals as time ran down to finish off the 9-4 win.

The match was a great defensive battle that featured hard checking.

"We were a little uncomfortable against East Catholic (a 17-2 loss), but today we kept up our intensity and the players adjusted well,” first-year Newington coach Chris Siewertsen said.

The former Rockville coach was pleased as Newington has no returning starters.

“The East Catholic game was a little bit of a shock to them, but they got it together when Bristol went on their run,” the coach said.

The Bristol co-op fell to 1-2, while Newington improved to 1-1 on the season.