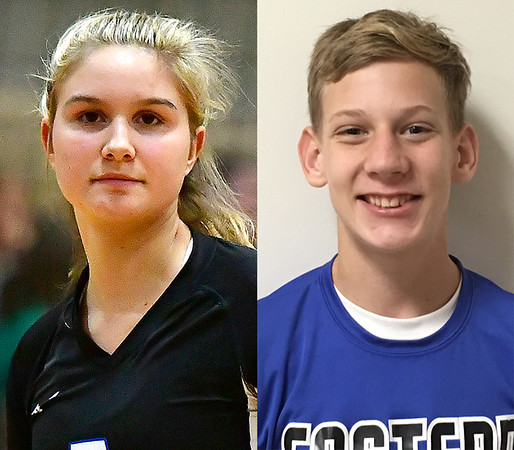 Two Bristol Eastern athletes who were named All-Staters last year are back this season to help provide additional key performances for their undefeated teams coming into this week.

Against the Hurricanes, Lowe turned in quite the performance. She had nine kills after the first set and 20 altogether in the 3-0 Bristol win.

For Lowe, she would like the team to reach its potential and goals this season, which are the same as any other year.

“Our goal is to make the states and win,” Lowe said. “To keep high energy throughout every game we play.”

Personally, she would like to earn first team All-State honors this season and also be named the Gatorade Player of the Year.

It’s not only volleyball that she excels in, there’s also softball, where she is one of the best in the area as well. Last season as an Eastern sophomore, she went .436/.500/.691 with 11 RBI, 20 runs and five stolen bases.

“I don’t have a favorite sport,” Lowe said. “I love them both. I love the pressure. I love the girls I play with and the competition.”

As far as college goes in two years, she’s unsure of what she wants to study as well as which of the two sports she will play.

Woznicki is on a tear entering the week. He’s tallied 10 of his team’s points, including the game-winner in each of the three games. This after a First-Team, All-State season in 2018, where he recorded 14 goals and four assists for the Lancers, who finished at 8-6-2 after losing in the first round of the Class L tournament.

“We hope to finish with at least 10 wins, if not more this year,” Woznicki said. “This would be the best team season of my career. I think we just have to focus on our game, rather than on other people.”

As far as his coach goes, Sweet is glad he has Woznicki against this season, saying, “When he gets the ball, he makes us better.”

Wozinski, one of the school’s best ever in the sport, also set a number of personal goals for the season.

“One would be to be All-State again, like I was last year,” Woznicki said. “I’d also like to get eight assists and that’d be a career high. So far I have 42 goals in my career and I’m shooting for 65.”

The school record is 63 held by Chris Ghiglia.

Asked what he likes about soccer, he said it’s a team dependent thing and no matter how well one person does, it’s still a team effort to succeed.

Besides soccer, Wozinski also takes part in both indoor track in competing in the hurdles.

His plans for next year are to attend Stonehill College to play soccer and study biology.